Yuma:
18 Years old
Yellow Vest, man’s watch that has been adjusted to fit 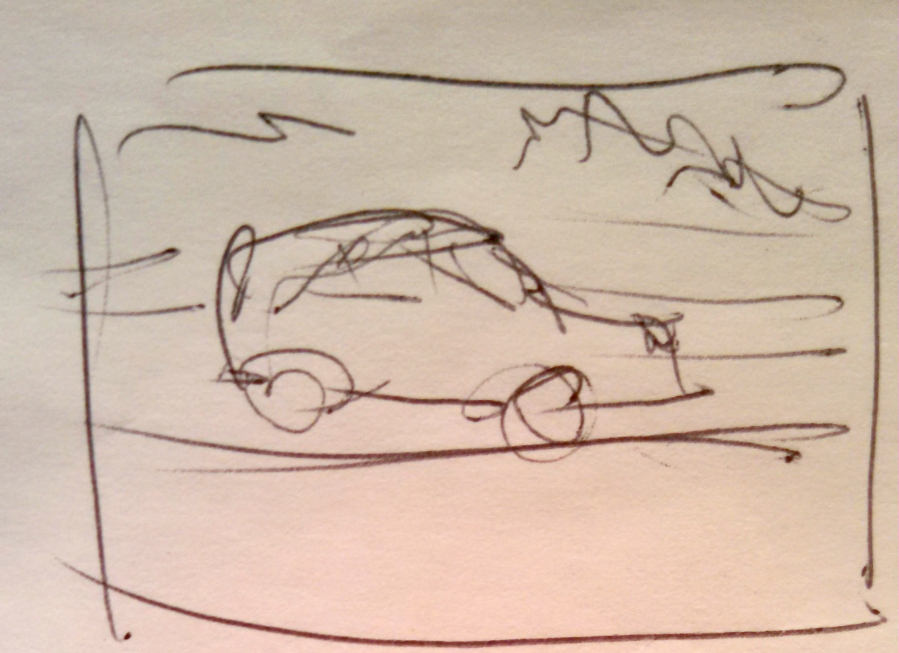 Back Story: According to Yuma’s birth certificate, she was born in a rural town in Missouri. The adoption papers were filed by a private agency in St. Louis. So, Yuma begins her trek eastward the morning after she finds out she’s adopted. She has no specific time frame, and she plans on making several stops along the way.

Her first stop that evening is in a small town in Western New Mexico. Really, it’s just an old hotel and a diner. She stays the night in the hotel and the following morning walks over to the diner to start doing some research about the agency and her story. To her dismay, she finds that the diner has no WiFi. She spends the morning sitting in a corner booth drinking horrible coffee and replaying the previous day over in her head. DINER OWNER:
Kind, but stern.
“Excuse me, Miss. You’re going to have to move on. I don’t allow homeless people to just camp out in my diner. We make money on these tabletops, and I need these tables free for paying customers.”
He adjusts his apron and gestures to the empty tables that still have dirty dishes on them. The morning crowds are gone and the lunch crowds have yet to arrive.

YUMA:
Startled out of her reverie.
“What?”
“Homeless? I’m not homeless, well… no, I have a home. I’m traveling to St. Louis.”
“I stayed at the hotel last night… I have a car, see…?”
Yuma points out of the window at her car across the street.

DINER OWNER:
“Well, you probably need to buy something, if you’re going to stay much longer. These tabletops are how we make our money, you know.”
He gestures at the dirty tables again, as a reminder.

The owner takes her order and goes into the kitchen.

Yuma takes the box from her backpack and begins going through it. As she pulls the birth certificate from the envelope again, a smaller brown envelope falls out. She opens it to find an earring, several inches long with beads on a strip of leather and a feather at the end. It’s obviously cheaply made and a little gaudy, definitely late 1980’s. A small handwritten note is inside. It simply says, “I’m sorry. -G”

The note moves Yuma to tears. She sits, staring at the earring and note. The owner brings her sandwich out and sets in on the table without comment.

After an hour, the owner comes back.

DINER OWNER:
“Even if you don’t eat it, you still have to pay for it, you know? Or, I could just charge you rent.”

DINER OWNER:
“Hey, it’s all right. We all have things that come at us hard. You just gotta look a little further than your trouble, you’ll get through it.”
“What’s your name?”

YUMA:
“The day I was born, my, uh, dad, was traveling through Arizona to California. They told me that when Mom called, he was passing the Yuma/Parker exit, and so… yeah, that was the way I, (pause) just some random sign on the road…”

DINER OWNER:
“Well, at least he was further west than Marana.”

Deadpan expression. Stands waiting for reaction, but doesn’t get anything.

“Well, these tabletops, you know, they’re how we, well… listen, you don’t seem to be in a big hurry to get wherever it is you’re going. Do you want to make a few bucks before you go?”

YUMA:
Nervous response. Pulls toward the inside of the booth, away from the diner owner.
“Excuse me?”

DINER OWNER:
Hands up and out, making a stopping motion.
“Woah, woah. I’m not looking for anything weird. My morning girl didn’t make it in, I just need someone to clear these tables and wash the dishes for the lunch rush. Got, to get the tabletops cleared off….”

Yuma puts all of her stuff back into her backpack, except the earring, which she puts on her ear. She follows the owner to the kitchen where she hangs her yellow vest and puts on an apron similar to the one the diner owner is wearing.

Yuma buses the tables and carries the dishes back to the kitchen. She is standing at the sink when the door swings open and a very angry girl comes in. She has disheveled hair, red teary eyes, a new bruise under one eye and red marks on her neck. ASHLEY:
Bangs the door open, starts yelling almost hysterically
“What the? Who are you? I’m late, man, I didn’t die!”
“Sam, am I fired? I’m sorry, I tried to get here, I had, a, I was…”

DINER OWNER:
Walks in behind Ashley.
“Hey! Hey!”
“You’re not fired. I just needed to get those tabletops cleared off, that’s how we… Woah, hold on a minute, what happened?”

Diner Owner takes Ashley by the shoulders and examines her face and neck.

ASHLEY:
“Nothing, I, uh, I hit myself with the door.”
Head down, embarrassed, arms crossed nervously.

DINER OWNER:
“No, no you didn’t. What really happened? Who hit you?”

Yuma looks to Diner Owner who nods his head. She dries her hand and takes off the apron, putting her vest back on, and goes back to the booth, hungry now, she takes her sandwich out of the bag she had placed it in and begins to eat.

A man in his late twenties arrives. Ashley sees him and comes out of the kitchen area.
He grabs her by roughly by the elbow and forces her to the side of the restaurant near Yuma.

BOYFRIEND:
Teeth gritted, low and menacing speech
“I told you not to come back here, didn’t I?”

ASHLEY:
Scared but defiant
“I need this job. I can’t just stop coming. Ow. let me go, you’re hurting me.”

Yuma watches the exchange. The man looks at her and begins pulling Ashley to the door and outside. Yuma gets up to follow, a little at a distance. The diner owner is in the back and doesn’t see anything, but comes out after a few minutes to see why Ashley isn’t taking out an order.

BOYFRIEND:
Once outside, he shoves her hard toward the back of the building where he is parked. She begins to struggle, but he is too strong. He punches her several times and shoves her further away from the front of the diner.

Towards the back, she slaps him hard in the face and tries to rush past him. He grabs her and throws her to the ground next to the car and pulls his belt off, yelling angrily that he would “teach her a lesson.”

Ashley cowers in a fetal position as the man begins to strike her repeatedly with his belt. Yuma steps around the corner as he is striking the girl. She throws herself onto Ashley, covering her with her own body. The man either doesn’t notice or doesn’t care and continues to strike them both.

Both Yuma and Ashley are yelling. Several  men, including the Diner Owner rush to the back and tackle the man, restraining him. (Scene will be choreographed onsite).

Yuma and Ashley are sitting on the back steps of the diner. The police and EMT’s have come and gone. Both of them are bruised, battered and bandaged.

ASHLEY:
“Thank you. I don’t know what he would have done. He… he really started getting bad the last few months. He wouldn’t let me go anywhere, he was so jealous. He texted 300 times in one day, and if I didn’t answer right away, he would call over and over.”

“When I got this job, it got worse. I had to sneak out to come to work. I didn’t tell him where I was going, so he thought I was seeing someone else. That’s when he started hitting me. Mostly on my back and chest or legs, he wanted to hurt me, but somewhere I could cover up.”

YUMA:
Quietly, in stunned silence.
“I am so sorry.”

ASHLEY:
“Today he found out I had this job. I accidentally left my name tag in my purse and he saw it. He kept yelling at me, saying I didn’t need a job. All I needed was him.”
“I just got paid yesterday, and I had the money hidden in my purse.”
Starts to quietly cry.
“I was going to buy a bus ticket and go home.”
Covers her face with her hands.
“He burned it. He burned all of my money.”

Yuma couldn’t think of anything to say. She had never experienced anything like what had just happened. She sat holding the girls hand, crying with her.

YUMA:
Stands up and reaches her hand out to Ashley.
“Let’s go.”

ASHLEY:
Looks at her, confused.
“Where?”

YUMA:
“To the bus station. You’ve got to go home. I’m gonna buy your ticket. Do we need to go to your house for your stuff?”

Yuma stands and waves as a bus pulls away with Ashley on it.

This is one of the projects I will be focusing on as a full time independent artist. Please consider supporting me by visiting my GoFundMe.com page: